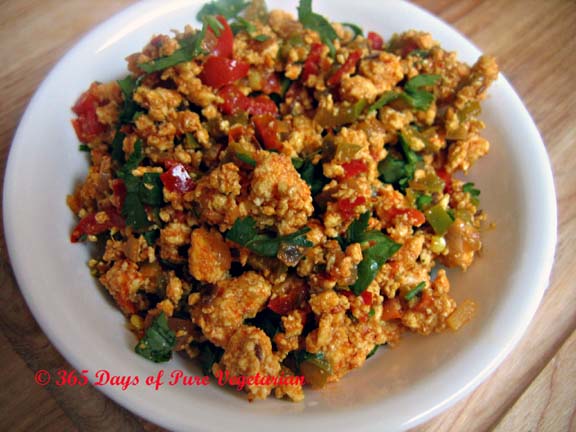 Many of us know what a paneer bhurji is, isn’t it? Well, to give a brief description about it, paneer is Indian cottage cheese and paneer bhurji is a dish made out of crumbled paneer with vegetables and spices eaten with bread or roti. It is packed with protein and one of the main source of protein especially for vegetarians. Nevertheless it is also very easy to prepare. I made paneer bhurji today for lunch and used some of it modifying some spices to make a snack out it and that’s how my paneer bhurji pillows was born. 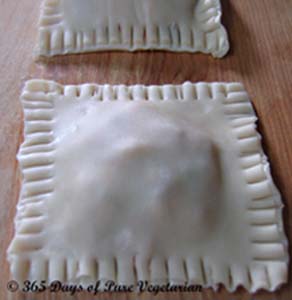 If you prefer to make fresh paneer at home like me, you can follow my recipe here that I had posted earlier. If you are using store bought, grate the paneer well. Heat oil in a pan, add jeera then add onions, sauté, then add garlic, ginger, sauté well. Now add the tomatoes and let it cook until the toamtoes almost breakdown. Now add the peppers and spices, mix and let it cook. In the end add paneer, mix well and let it cook for a 2 -3 minutes. Add finely chopped dhania. Let it cool.

Roll out the pie crust with a rolling pin to thin out a little. Then cut vertically and horizontally to get rectangular pieces. Place a spoonful of the mixture in the center. Apply water with your finger around the crust and then place another rectangular crust on top to cover the filling. Using a fork, press the corners of the crust to seal. Bake in a 375F degree over for about 20 minutes or until golden brown. It is flaky and tasty.

Just a little taste of heaven

NOTE: Pie crust can be found in the frozen or dairy products section in the supermarket. Just make sure to buy a pie crust without Lard as one of it’s ingredients.

This entry was posted in Paneer and tagged indian, Paneer Bhurji, snack, vegetarian. Bookmark the permalink.